Shooting Airplanes for Fun and Profit

Previous Next View All 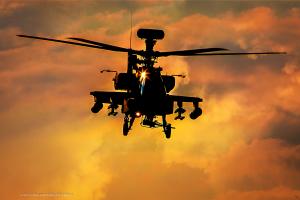 I’ve been heavily into photography for many years and back in 1986 I began to integrate my photography with a new love for computers. This combination after a few years of early software on Amiga computers (remember them anyone?) finally morphed into a love of working in Photoshop. I have a base of about a dozen favorite photographic subjects I suppose. Various places or things that I can get to in the course of life without spending money on trips abroad to exotic locales. Of course, like most photographers I would dearly love to do that but could never afford to. One of these favorite subjects has turned out to be aircraft.

Aviation art has a long history and there are many traditional painters creating in this field as well as photographers. I am certainly not rich and can't travel as much as I would like but most years I do manage to get back to England to visit my family. While vacationing in England the last few years I have been lucky enough to attend various airshows that have turned out to be the perfect opportunity to photograph airplanes both in flight and this past year on the ground as well. I usually use my Canon 5D MKII with 70-200 zoom lens and most of the time I also use a 2x tele-converter giving me the effective reach of a 400 mm lens. I find that using my camera in the aperture priority mode with an f stop of F16 (on a reasonably bright day) gives me sharp pictures with a speed slow enough to produce realistic prop blur on the aircraft. This took some experience to determine as in previous years my propellers were rigidly static and in order to create realism it was necessary to use various layers and blur tricks to give the apparent effect of realistic spin. As with all things practice makes perfect. With my feet safely planted on the ground I can create images that take on the appearance of planes that seem to have been taken from other planes in flight. I do this by superimposing the aircraft against images of clouds taken with a small Canon G10 camera while flying through the cloud layers during landing and takeoff on regular airline flights.

I have flown to England, as mentioned, and also to various cities in the USA over the past few years for business reasons and during these flights I have built up a library of “above the clouds” shots that I keep for this purpose. Of course, as digital cameras are electronic you are supposed to turn them off during takeoff and landing but the best times to shoot the clouds are when you are low and close to them. One needs to use discretion when the flight attendants are still walking the plane, but as they usually have to sit down at these times, chances are good you can get great shots as long as you have a clean window. I also set my camera to take pictures silently so as not to draw attention to it.

I use a great many tricks in Photoshop to enhance my pictures including adding textures to some of them and adding several sky and sunset type images to them at different layer opacity levels or blend modes as well as the aforementioned clouds. This produces some wonderful effects and adds great interest to the final images. Sometimes I add a little motion blur to the aircraft or perhaps even to the sky to add the illusion of speed and a different effect. There are a great many creative opportunities that one can come up with and here again experimentation and practice makes perfect. Using masking you can change the background completely. Create dog fights or put planes into storm clouds for drama. Have planes flying low over water for another effect. You can be as creative as you like.

When in San Diego where the airport is at the bottom of a hill in the town itself I shot great images of airliners over the downtown building without resorting to cut and paste tactics. While visiting Philadelphia one recent day with a group of photographers I shot many parts of an old 1890s steam powered battle cruiser with guns sticking out all over the place. At home in front of the computer I cut all the gun ports and turrets out and “rebuilt” an Osprey marine transport helicopter, coloring it to match the steam ship. Voila! I had a fun “steampunk” flying machine. Took some patience to be sure but in Photoshop anything is possible according to your skills.

This is a great hobby providing hours of creative and relaxing fun and can also be a source of revenue if you post your successful images to sites like Fine Art America or Redbubble for sale. You can also print them yourself and sell them on EBay, Etsy or similar sites.