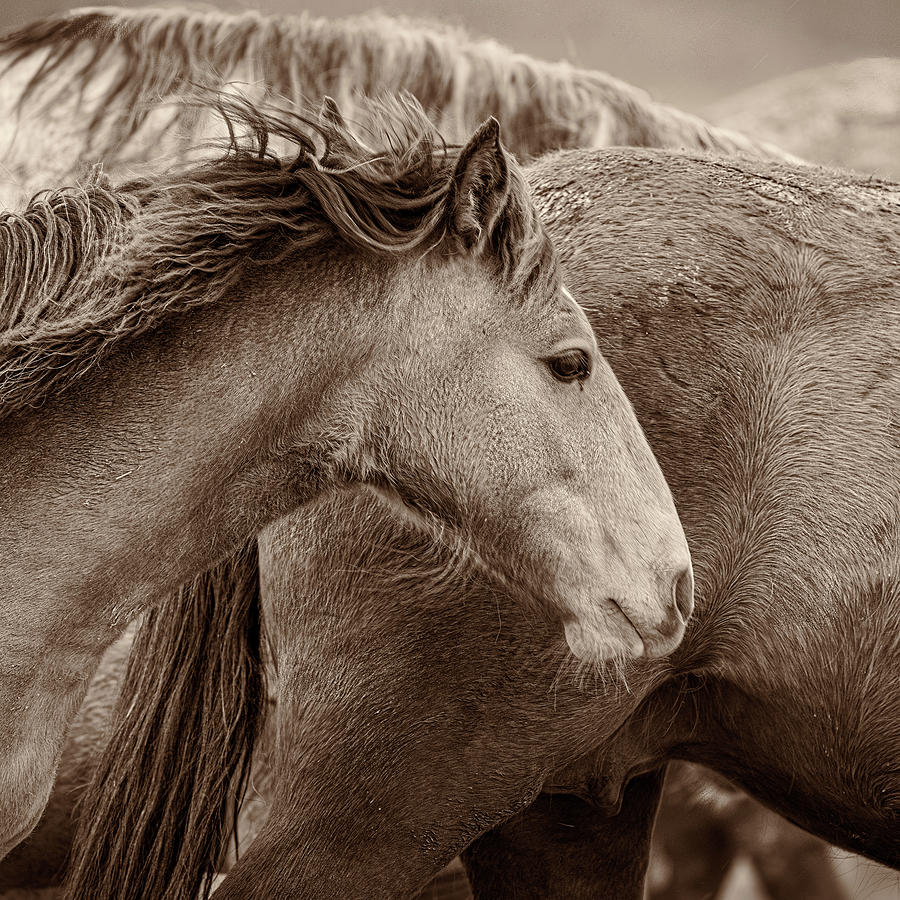 An image that was captured while spending four days among the Onaqui Mountain herd of wild mustangs in the Rush Valley near Dugway, Utah. These beautiful animals are the descendants of Pony Express horses who were turned loose after the Pony Express company lost its contract with the U.S Postal Service. This herd of 200 or so horses roams on 43,000 acres of federal land unfortunately in competition with sheep and cattle whose owners bribe the bosses of the government Bureau of Land Management (whose mandate is to look after the land for the horses) to keep the horses low in number. Horses have in the recent past been rounded up by helicopter, breaking up families and the natural hierarchy of the herd. The mustangs are then often sold off to Mexico to end up as dog food. While we were there one afternoon volunteers arrived to shoot contraceptive darts into the mares in order to keep numbers low and prevent the BLM from its cruel dastardly deeds.

I created the sepia-toned set for my own bedroom wall and they looked so good framed there that I thought others might enjoy them too.

This is the version I made for my bedroom. I am so pleased with it. Thank you so much, Meg